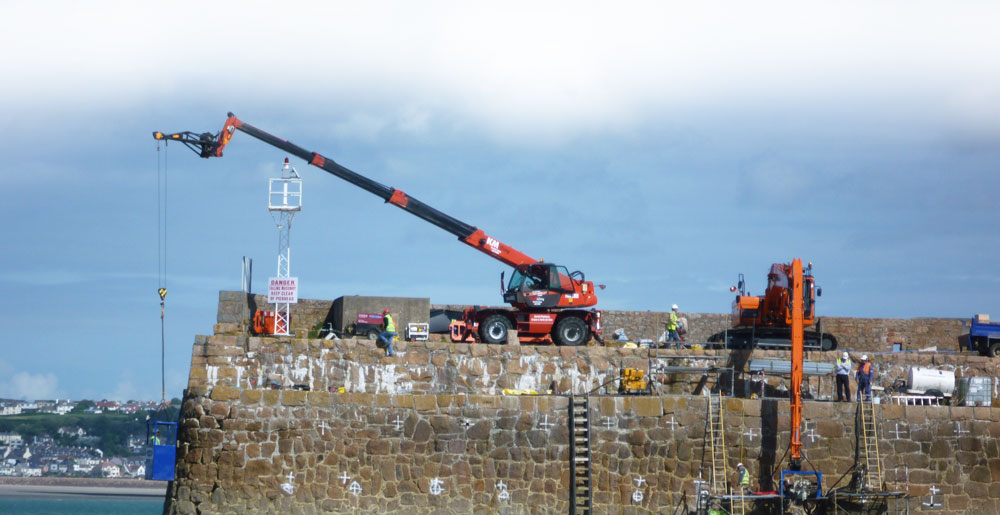 Your board is actively working with Government representatives to ensure those working in our industry remain safe and looked after whilst we work our way through this very difficult time. Guidance on what we, as an industry, can do will be communicated as soon as we are able. In the event of a complete, or partial shutdown, we will work to ensure those in our industry have access to financial support in line with other sectors. Unfortunately, we are unable to offer advice relating to specific  individual situations and recommend those questions are put to Government directly through the helpline 445566.

The links below contain useful information and will be added to, amended and updated when appropriate.

Anyone who is unsure as to whether their construction site is deemed vital is being told to email constructioncovid@gov.je.

Advice for businesses operating during Stay at Home restrictions

Ask for what you need and give what you can

The Jersey Construction Council would like to add their congratulations to those involved in the recently completed construction of the Nightingale Hospital.   The…

Advice for businesses during the Safe Exit Framework

Following the announcement of further eases to the Coronavirus lockdown, government have issued some advice for businesses during the safe exit and this can be…

H&S Inspectorate are seeing an increasing amount of concerns re the standards of H&S they are observing on sites. A recent article has been produced by…

The JeCC has received a number of questions from members in respect of the Planning process in the current situation.  Below is a link to the gov.je…

Grant Thornton, in association with the Jersey Chamber of Commerce has produced a survey to measure the impact COVID-19 on local businesses and the self-employed. It…

An update on Phase 2 of the Payroll Co-funding Scheme has been issued this afternoon as follows:- https://www.gov.je/Health/Coronavirus/BusinessAndEmployment/Pages/GovernmentSupportForBusinesses.aspx#anchor-2 You will see from this update that…

The permit application process is now live online and can be accessed via the following link:-   https://www.gov.je/Health/Coronavirus/BusinessAndEmployment/Pages/CoronavirusBusinessAdvice.aspx   If you open the “Construction sites” sub-heading under…

Whilst we are sure you have been inundated with information relating to the Coronavirus situation, the JeCC is trying to keep you as up-to-date as…

Confirmation has now been received from Government, Consultants engaged in Construction activities are now Eligible for inclusion in Phase 2 of the Payroll Co-funding Scheme. Further information…

Closure of Freight Company in Jersey

A Channel Islands freight company has been forced to close it's doors immediately because of the effects of COVID-19. 42 people will lose their jobs…

Following the local coronavirus (covid-19) lockdown there has been a lot for the industry to think about. Some businesses will still be able to…

Government have now issued a press release reminding the industry that construction sites must now close. Further information regarding this requirement can be found by…

The Chief Minister has now announced that all construction sites will have to close by 6pm on Friday 3 April. Further information about this announcement…

Advice for businesses on coronavirus (COVID-19)

Advice for businesses on coronavirus (COVID-19) Click here to read the attached media release which is now also on the gov.je website under the Coronavirus business info section https://www.gov.je/Health/Coronavirus/Pages/CoronavirusBusinessAdvice.aspx

Launch of JSAT Advanced   The Jersey Safety Council is pleased to announce that it is launching a new safety awareness test, JSAT Advanced.  The JSC…

Industry celebrates success and focusses on the future Held at a new venue for 2019, the annual Jersey Construction Council Awards attended by over 430…

The 2019 Brick Foundation Golf day will take place at Les Mielles Golf Club on Friday 13 September. Teams of 4 can now be entered…

The launch of the 2019 Awards took place on Tuesday 30 September with Chairman of the awards sub-committee, Daren Malorey, outlining the categories and judging…

Despite the number of work-related accidents and illnesses in Jersey not having increased since last year, the Island’s Health and Safety Inspectorate says it has…

The Jersey Safety Council is pleased to advise that the Jersey Safety Awareness Test (JSAT) is now available to employers in the construction and associated sectors.  To…

Police Headquarters receives major prize at Jersey Construction Council Awards One of the biggest and most significant developments to have taken place in recent years,…

With the proposed introduction of a Jersey Infrastructure Levy (JIL) on the Construction Industry and since this was first proposed, the JeCC has fought the…

Congratulations to all the winners at the 2017 Brick Foundation Golf day that took place on Friday 9 June at Les Mielles Golf Club.…

Kindly sponsored by Dimplex, the 2017 JeCC Awards sub-committee are delighted to announced that Phil Tufnell will be the Guest Speaker at the forthcoming gala…

The launch of the 2017 JeCC awards took place on Tuesday 25 April where the Chief Minister addressed the audience along with Michael Ruane, 2016…

Fundraising for the Brick Foundation

Matt Dawson MBE to be key-note speaker at 2016 Awards

The 2016 JeCC Awards was launched on 20 April and details of new categories, some changes to existing categories and new judges were announced at…

JeCC seriously concerned by Minister’s stealth tax on Construction Industry Responding to the recent announcements of a new Jersey Infrastructure Levy on developments, the Jersey…

The 2016 Winter Seminar Series, kindly sponsored by Mourant Ozannes, will commence again in February with the following dates and topics - 15 March -…

The JeCC 2016 Debate, sponsored by Benest & Syvret, tackled the subject of Planning Obligation Agreements and the newly titled 'Jersey Infrastructure Levy'. It goes…

2015 JeCC Awards Launch The launch of the 2015 Awards took place on Thursday 19 March at the Hotel de France. Chairman of the Awards sub-committee,…

The Brick Foundation, the charitable arm of the Jersey Construction Council, (JeCC), have this week completed an extensive refurbishment of the toilet facilities in Dodo…

Following the AGM which was held on Thursday 13 November 2014, the following were elected to the Board of the Jersey Construction Council. Officers Martin…

Celebration was very much the theme of the evening at the JeCC's awards held at the Royal Jersey Showground on Satuday night. This year's awards…

The 2014 JeCC Awards has been launched with the announcement of 2 new award categories, a new venue and the 10th anniversary of the Jersey…