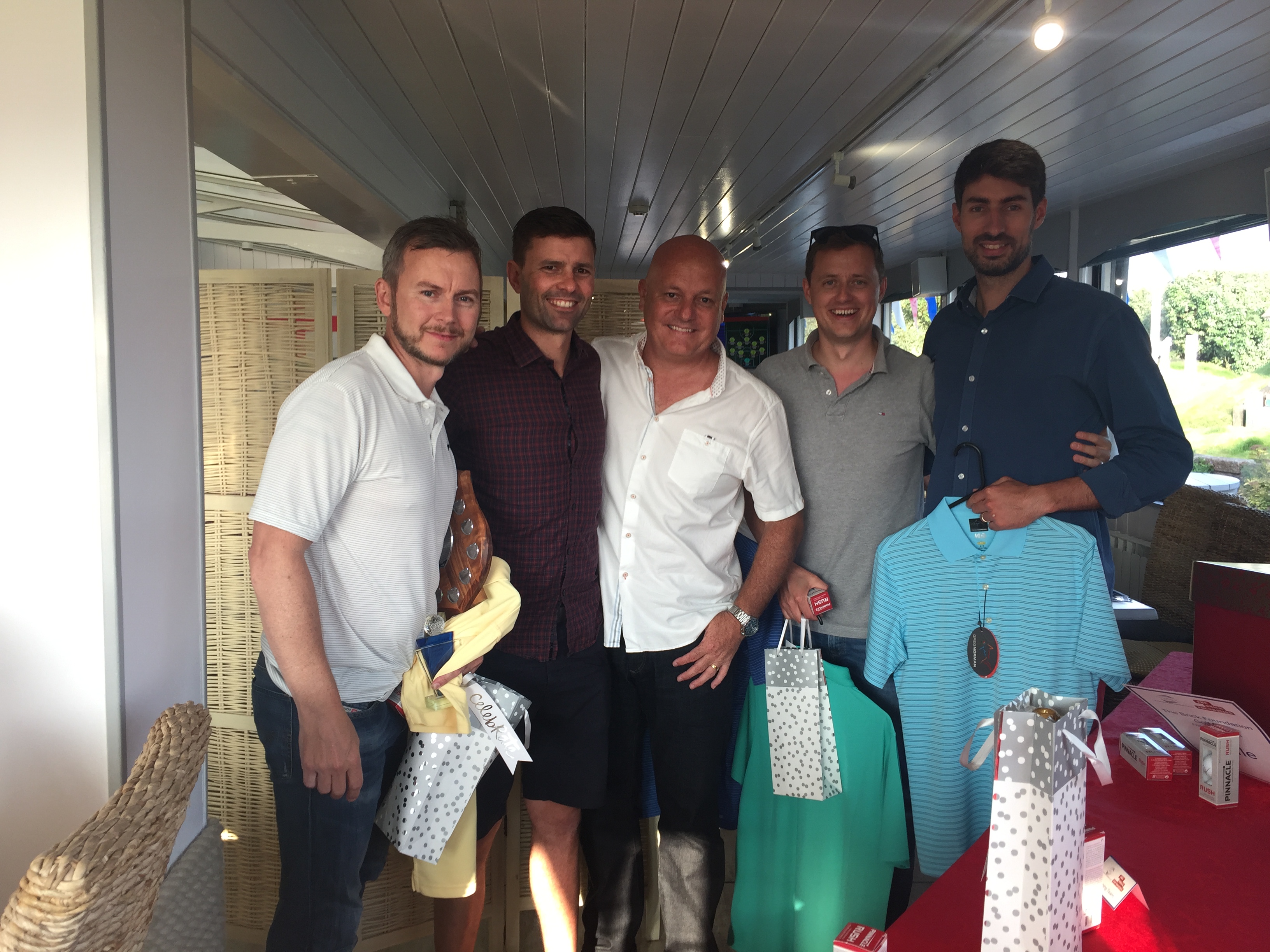 The overall stableford winner and Closest to the Pin was Matt Price and Simon Chard won the Longest Drive competition both representing the Normans team.

Other teams entering the competition were from Pentagon who had 2 teams, Romerils, Sancus and DIS Electrical Contractors.

We are also very grateful to all those who participated in the day and donated a magnificent amount of £530 for the raffle. 6 bottles of champagne was won by Steph Williamson representing the DIS Electrical Contractors team.

A fantastic amount of £2,700 was raised for the Brick Foundation and this will be put forward to the 2018 community project which will be undertaken by JeCC members during Construction Week later in the year.

Many thanks again to all our sponsors and participating teams and we look forward to welcoming more teams at the 2019 Brick Foundation Golf Day.